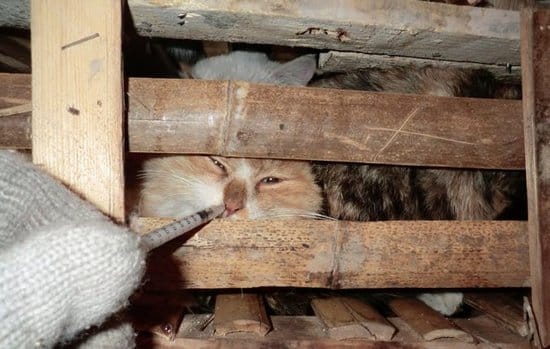 Solomon once said that humans have the same fate as animals, so people are no better than other living beings. Does this mean that animals have the same legal rights for protection of their interests? It is surely so, although the issue of animal rights is associated with controversial arguments. On the one hand, animals cannot talk, which makes them unprotected, and many people use it for their own purposes. Violent treatment of animals is not punished at all in many countries throughout the world.

Since ancient times, humans used to hunt animals for the sake of getting food, but in later years humans violently killed animals for the purposes of getting profit. The natural resources seemed unlimited, but soon humanity realized that it is not so and probably too late. Too many species of animals have become extinct in recent past. Today, animals continue getting extinct at a drastic speed because of deforestation, hunting and environmental pollution. Many species become extinct even without being discovered. In order to solve this problem, a great number of national parks have been created, but even such measures are unable to stop rapid extinction of animals. Furthermore, industrial production cannot be stopped. If it happens, people are likely to suffer from hunger and various diseases. So is it at all possible to solve this problem? People have only one way out, which is to treat nature with respect.

Thus, it is time to critically review all types of human activity. Humanity should be rational in spending natural resources. It is impossible to say that nothing is done in order to protect animals. Their rights are stated in the European convention and criminal code. However, the existing rights do not cover the whole spectrum of the problem hindering the process of protecting animals from violent treatment. It is obvious that people should treat animals with much care and respect. Life of every animal is as valuable as life of a person. Animals are very much like people. They also have nervous system so that all animals are able to think logically. That is why animals undoubtedly deserve humanistic and respectful treatment on behalf of people.

On the other hand, the question of animal rights refers to the sphere of ethics. Its core principles are based on empathy towards animals. However, some people consider themselves to be above all other creatures thinking that they have rights to treat animals the way they want. It is hard to persuade people that animals also have rights. And hardly anyone will agree that animals possess inner dignity so not all people are empathic towards animals. Such people consider it rightful to kill animals for the sake of food or simply as a kind of sports. But some people feel bad killing the smallest living creatures. So basically it is hard to say who is right and who is wrong as everything depends on the ethical principle of empathy and the degree to which people are empathic towards animals.

Basic animal rights have an undoubted power; that is why these rights should be well-grounded and correctly formulated. What are the basic reasons for approving animal rights? The answer to this question should be given by animals themselves, but for obvious reasons it is hard to expect a logic answer on behalf of animals. So the above question should be answered by people and for people. Some people claim that animal rights are irrational, impractical and hard to realize in day-to-day life. Other people think that animals are equal to humans and should be treated with care and love. Thus, the issue of animal rights is rather controversial and different people express different views on this matter so that it is hard to decide who is right.