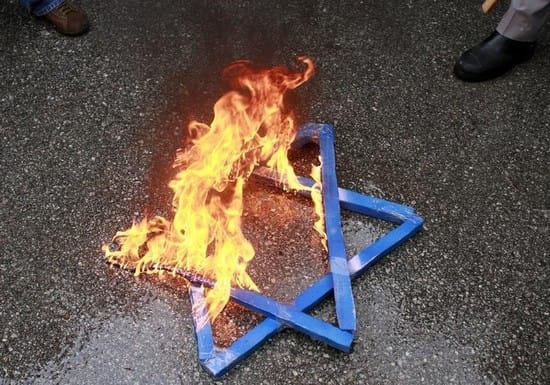 The tragedy of the Jewish past and present can be interpreted in a right way only by analyzing the nature and origin of antisemitism. For this reason, it is important to analyze antisemitism as a global phenomenon disregarding its religious, racial or biological aspects. The very concept is quite controversial, but overall it refers to the hostile treatment of the Jews. Antisemitism is generated by the fear for Jews provoked by different legends about Jews being servants of Antichrist who will enter the Christian world on the Day of Judgment. If to analyze both negative and positive sides of antisemitism, it will become possible to destroy stereotypes and form an independent point of view on the adequacy of the hostile treatment of the Jews.

Social psychologists claim that hostility towards “alien nations” is historically attributed to the dual structure of ancient societies characterized by a controversial nature. On the one hand, the people are united by common activities, such as hunting, celebrations or military affairs. On the other hand, the alien nations provoke hostility between different social structures. In this respect it should be noted that social contradictions create continuous tension between different societies, but at the same time motivate them towards further development. The tension existing between different nations can be either constructive or destructive. In fact, all social phenomena are characterized by inner tension. It is the interethnic tension that often provokes hostility towards this or that nation.

There are basically three versions of how antisemitism was originated and turned into a global phenomenon. Some people claim that antisemitism was provoked by absolute guilt of the Jews. The logical argument here is as follows. If the Jews were not guilty, they would not provoke negative emotions and actions directed towards their extinguishment. Basically, antisemitism is shaped by the fact that the Jews are always criticized for both what they have done and what they have failed to do. So if the Jews did not actively participate in the revolution that preceded holocaust, they would be equally punished for not getting engaged in the revolution for the common good.

According to other resources, the origin of antisemitism is related to the concept of “scapegoat”. This version contradicts the previous one suggesting that the Jews were not guilty, but rather played a role of “scapegoat”. However, this assumption has been severely criticized as it provokes a question of why someone should be guilty at all. In fact, every nation should analyze to what extent its own actions and mistakes contribute to the world’s disasters leading to numerous deaths of innocent people.

First, Judaism has always been a major provoking factor for antisemitism making Jews aliens and rejecting to accept the Jewish interpretation of God. Second, Judaism has always been associated with changing the world for the better, and this continues to be the source of tension between the Jewish and non-Jewish nations. Third, according to Judaism, the Jews have been chosen by God for the sake of perfecting the world, and this is what has been the major reason for the development of antisemitism. Finally, the Jewish quality of life has always been better than that of non-Jewish nations. This is what encouraged the formation of anti-Jewish movement. All this can be argued about, but it is evident that all of these versions are well-grounded and clearly motivated.