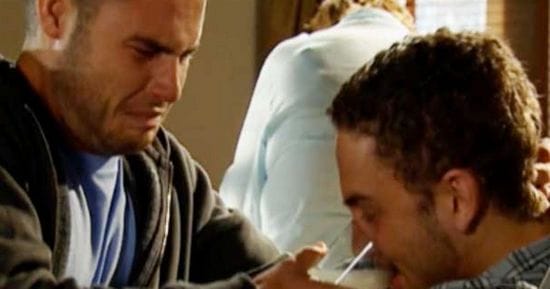 Euthanasia stands for an action directed towards depriving a person of life out of personal desire and being carried out by medical practitioners. The problem of euthanasia has always been controversial. Its origin dates back to the ancient times. Even then, euthanasia has been argued about by medical workers, psychologists and lawyers. The attitude towards assisted suicide of an incurable patient for the purpose of ending his/her sufferings has never been straightforward. Euthanasia is often called “easy death” liberating a person from sufferings and pain. Although euthanasia has existed since ancient times, it contradicts traditional medical ethics. However, in recent years more and more medical practitioners are ready to use this practice at least when the patients themselves ask for death.

How should this tendency be interpreted? Should it be treated as liberation from obsolete taboos or as an overindulgence being wrong from moral point of view and risky in practice? Initially, euthanasia was suggested to be used for getting rid of the handicapped. Later, such a horrible interpretation of this concept started to be used by German fascists. Children with disabilities, mentally ill people and the elderly were all subjected to euthanasia. Such cases were later categorized as crimes against humanity.

As for arguments in favor of euthanasia, those who approve it usually focus on the following aspects. First, every person has a right of choice meaning that everyone makes a conscious decision whether to live further or leave this world liberating oneself from pain and sufferings. Such people claim that it is wrong to subject a person to sufferings, so that if a person consciously decides to die, it is his/her own choice. It is suggested that a right for death should also be legal.

Second, it is claimed that it is better to die in case a person is incurably ill. This is considered to be better than pain and sufferings associated with the disease. Furthermore, the family of a person will also be freed from a duty of taking care of an incurably ill relative. It is hard to see a close person suffering, but it is hard for those who are not faced with this problem to understand one’s feelings. What is more, euthanasia is acceptable in case it is strictly controlled. It should not be perceived as a legalized murder, but should rather be considered a conscious decision of a person.

Those who are against the legalization of euthanasia often claim the following. First, euthanasia contradicts religious and ethical norms as no one has a right to deprive a person of life, so that if euthanasia is legalized, people will stop being people. One’s life is given by God, and only God has a right to bring it to an end. Euthanasia is not approved by any religion as the human life is invaluable.

Second, legalization of euthanasia is likely to result in a number of negative outcomes such as illegal actions against the human life. In this case, euthanasia will become a conscious murder committed for selfish purposes and without the consent of a person. It is claimed that medical practitioners will use the right to kill for murdering lonely and unprotected people. Third, the sick person might make a wrong decision as he/she cannot always react to the situation adequately because of the disease. A sick person may impulsively ask for death, even though the diagnosis might have been a mistake of medical workers.

In fact, every person wants to live until the very death, and many people who agree to be subjected to this procedure often change their decision in the end. Furthermore, euthanasia is criticized by the Church as it is a direct violation of Christian traditions.