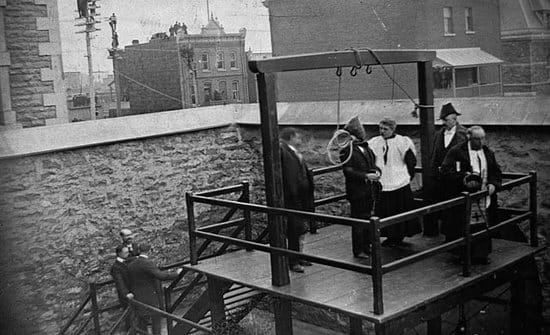 Potential criminals are often hard to intimidate and the death penalty might change this situation for the better. Intimidating impact of the risk of being sentenced to death is based on the image of a “rational” criminal, as only few of murders are well-thought and thoroughly calculated. It is because most of the crimes are committed either by mentally ill individuals or by those who do not think about the possibility of being punished. The rest of murders are committed in the state of affection. It means that those who commit crimes realize what they have done only after the crime has already been committed. Besides, it has been proved that a possibility of being sentenced to death is unable to prevent a criminal from committing a crime. It especially concerns maniacs and terrorists. Thus, those who are against the death penalty claim that such kind of punishment is no better than life-long imprisonment.

There is an opinion that a person can consciously commit a crime, for which he/she can be sentenced to death, only in case a person has lost a will to live further and is ready to commit suicide, but is afraid to commit it on his/her own. In this case, a person seeks death and capital punishment helps him/her to realize his intentions. Opponents of the death penalty believe that if it is not legalized, the rates of serious crimes will decrease, at least the percentage of potential self-murderers.

The scientific investigations do not contain any convincing evidence that the death penalty is more effective in terms of decreasing the crime rates in comparison with other methods of punishment. Many studies indicate that the death penalty does not influence the fluctuations of the crime rates and is similar to the life-long imprisonment. Thus, one more argument against the legalization of death penalty is lack of guarantees that it decreases the rates of criminal activity. In fact, the death penalty creates an illusion that the life of common people has become safer. It does not contribute to the struggle against basic reasons for committing serious crimes. On the contrary, the atmosphere of violence and aggression in the society where capital punishment is legitimized only creates fair conditions for even more violent and horrible crimes to be committed.

Among the arguments in favor of the death penalty is the statement that this kind of punishment costs less than life imprisonment. There is an opinion that a criminal should be sentenced to death; otherwise, the society will have to spend money for his/her imprisonment. However, it is liable to say that the economic concerns should not influence the decision regarding life and death. Then why not to kill the unemployed and those with disabilities just because it is expensive to cater for their needs? Ethical problems are unable to solve out of mercantile and material concerns.

Some studies emphasize that the death penalty does not influence the social factors generating criminal activity. Such studies focus on the fact that the major provoking factors for committing a crime are poverty, unintelligence, inequality and mental illness of the criminals and give evidence that capital punishment cannot change this situation. However, some other studies provide enough evidence that capital punishment is more secure and effective than life-long imprisonment or other kinds of punishment stating that it can help to get rid of “defective” individuals.