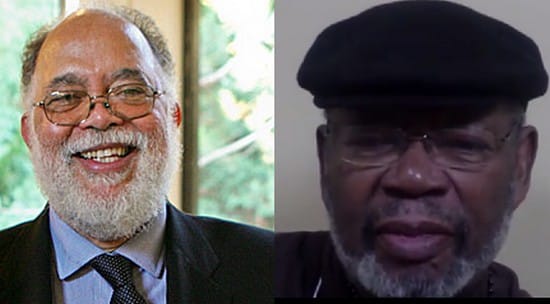 Ebonics is an African-American dialect. This notion appeared not long ago, but is currently widely used, although the term itself is not scientific. As for the terminology, it should be noted that Black English is not only an ethnic dialect, but can also be regarded as a socio-ethnic version of English. This socio-communicative system has emerged as a result of massive migration of Black population from the South to North and West. In later years, it lost its territorial specifics and turned into a separate language. Naturally, not all African-Americans use this type of dialect on a daily basis. This is generally defined by a social status and place of living.

Black English represents a debatable topic for discussion. It is associated with a great number of debates among both the American citizens and scientists. Up until now many Americans have treated Ebonics as a “bad”, “bammer” or “country” language. Undoubtedly, such definitions are hurtful for the African-American population. It is hard to estimate the amount of those who speak Black English. In fact, the pronunciation and lexicon of some Blacks indicate that they speak Ebonics. However, they also use different grammatical phrases that are more peculiar to a widely acceptable version of English, rather than Ebonics. Many linguists use the term “Black English” in order to define such a version of English that has special grammatical peculiarities. That is why it is hard to estimate the overall number of those who speak Ebonics as this dialect has its own characteristic features.

Black English is associated with a number of questions and debates concerning the status of this dialect as a result of the resolution written by the school council of Oakland. The basic debatable issues of this resolution are as follows. First, the language of African-American students has genetic roots and is not a dialect of English language. On the contrary, it is originated from the languages spoken by Western-African families. Second, this language should be officially proclaimed as the native language of African-American students, who should be given access to various international educational programs just like other international students. Third, there should be developed a special educational program for African-American students who speak Black English. This is needed because such students should also learn a widely acceptable version of English.

These arguments have been severely criticized by American citizens. Black English has become a topic for discussion on TV and radio, at home and at work. The resolution of Oakland was perceived as a suggestion that there was a need to teach students Ebonics. In reality it contained a suggestion that Black English ought to be considered a step towards teaching African-American children to speak a commonly used version of English. Despite such an attitude of numerous people to Black English, many linguists supported the resolution about the status of Ebonics. As a result, the Linguistic Society of America has officially declared their support for the Oakland resolution. This made this version of English a full-fledged language with its own grammatical structure and rules. In later years, Ebonics was suggested to be taught at schools, so that the educational process would be carried out in this dialect. This was suggested by the second resolution. The third resolution on Ebonics promoted this dialect even further and encouraged its implementation into the educational programs. But this was never realized.

Thus, the most vivid debates around Black English are based on its status among other dialects of American-English. This issue is still under discussion and certain measures are needed to be taken in order to solve this problem. It is still questionable whether Black English should be treated as a separate language and implemented into the educational programs of American schools and other educational institutions.