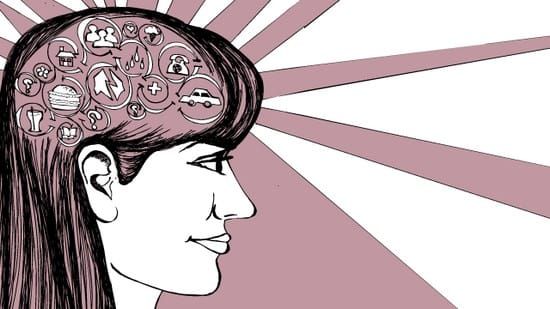 False memory is a widely debated phenomenon in modern psychology. It helps to learn more about the problem of identifying an act of violence that might have been experienced in childhood. This syndrome has been discovered by a British psychologist J. Freyd. This phenomenon implies a wrongful memory about an act of sexual violence committed by one of the parents. False memory syndrome is diagnosed in case the memories about a violent act have been experienced for the first time in life, while the social and psychological stages of child’s development prove impossibility of such a situation.
At present, one of the reasons for a false memory syndrome to take place is lack of competency and inaccuracy of a psychotherapist who might have unconsciously demonstrated that such memories are desirable. In such a way, this syndrome is often facilitated by the therapists themselves. The willingness of a client to meet the expectations of a psychotherapist is so great that the client readily finds such memories in his/her mind. There had been conducted a number of experiments that helped to analyze the phenomenon of false memory. However, there are still a number of questions to be answered by psychotherapists in regard to this issue.
There are a number of arguments against the existing data on the false memory syndrome. Thus, it is claimed that this syndrome has little relation to domestic violence that is thought to exist only in disadvantaged families. Many studies indicate that sexual abuse has existed since time immemorial even in well-to-do families. This makes the above suggestion inconsistent. From this perspective, the memories about sexual abuse experienced by a client can be considered false having no reasonable grounds. These memories might have been generated by the psychotherapist him/herself. Thus, it is hard to find out what has really happened in the client’s childhood. The supporters of the false memory syndrome claim that clients should not be trusted in terms of their memories about domestic violence that might have taken place in their childhood. Nonetheless, it is up to a psychotherapist whether to believe in such memories or not.
Is it at all necessary for a psychotherapist to know about an act of violence that might have happened in the client’s early years of life? Some people claim it to be unnecessary, as the psychotherapist is not obliged to identify the acts of violence. What is important is that certain events in the life of a person are related to the early childhood and have been memorized as an act of violence, either sexual or not. In reality, the psychotherapist will have to deal with the consequences no matter what actually happened to his/her client.
Some people consider such an approach humanistic as it is focused mainly on one’s own inner reality, experience and emotions. On the other hand, there are people who protest against this approach indicating that it is not right to recover the real history of one’s life as it is too personal and should be left as it is. Thus, the issue of false memory arouses a number of arguments, and debates around this issue continue up to these days. For some people, the discovery of a false memory syndrome is a scientific break through, while other people say that it is unnecessary to dig deeply into the memory of a person evoking memories about the distant past. It is hard to say who is right, so that the discussion on the issue of false memory is likely to continue. There can be given no clear answer to the question of whether a false memory syndrome has grounds to exist. In fact, it has been proved that the memories about a violent act that might have taken place in the early childhood are not necessarily false.