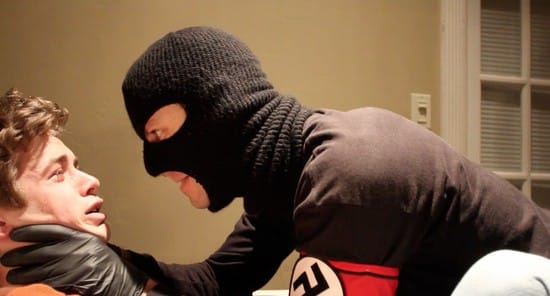 Hate crimes are crimes committed based on hate towards certain social groups due to religious, racial or other motives. Today, the debates about whether the hate crime legislation is needed do not lose their popularity. The pros and cons of such legislation will be discussed as follows.

As for the arguments in favor of hate crime laws, some people claim that they would help to protect minority groups from being victimized. Various minority groups are greatly vulnerable towards discrimination being in need of protection against illegal actions of other social groups. Minorities are often attacked by unknown people for different reasons, including gender, religion, race or sexual orientation. Thus, special laws are needed for these groups to be protected. Furthermore, hate crimes are considered to be more severe crimes compared to usual ones as the abuse in this case is addressed to a group of people, rather than a single victim. In fact, hate crimes are similar to terrorist acts as they are related to religious, gender or racial factors as well as such issues as sexual orientation and others. For this reason, hate crimes are also known as “message crimes” as they address not only the stranger who becomes a victim, but the whole minority group which the victim belongs to. In such a way, hate crimes can be perceived as more serious offence as it is oriented towards intimidating the whole minority group, rather than the very victim of the crime.

What is more, hate crimes are directly related to the issue of homosexuality. Gays and lesbians belong to the minority group, which greatly suffers from hate crimes. Thus, appropriate legislation would help to prevent serious hate crimes directed towards intimidating homosexuals. It should be noted that inappropriate legislation results in abuse of different minority groups, which is not acceptable in today’s democratic society and should be prosecuted by the law. Furthermore, hate crime legislation does not violate freedom of speech although some people would argue this statement. In fact, freedom of speech does not cover the crimes committed on the basis of prejudice towards such minority groups as lesbians and gays, African-Americans, Jews and others. Thus, the supporters of hate crime laws consider that such laws are a must in combating this type of crimes.

On the other hand, the opponents of hate crime legislation consider that laws related to hate crimes are not needed at all. They give evidence that every type of crime is already considered illegal according to the existing federal and state laws. In fact, hate crime laws are perceived as unfair, because the US judicial system is grounded on a belief that every person should be treated equally. But if the legislation concerning hate crimes is approved, the criminals who committed similar crimes would be sentenced to different punishment depending on the adherence of the victim to this or that minority group based on gender, sexual preferences, race, religion or other factors. Speaking about the crimes against gays and lesbians, it should be noted that in case the legislation concerning hate crimes is passed, homosexuals will have more grounds to object to them being unfairly treated by the society. This is likely to lead to a situation, in which gays and lesbians will be treated equally, while their behavior will be perceived as absolutely normal. According to the opponents of the hate crime legislation, such a situation should be prevented as it will lead to the approval of amoral behavior of homosexuals and result in greater social instability and other negative outcomes. It is also considered that hate crime legislation will violate the freedom of speech as such legislation will lead to the criminalization of various ethical, religious and moral beliefs of a person, which is not acceptable.