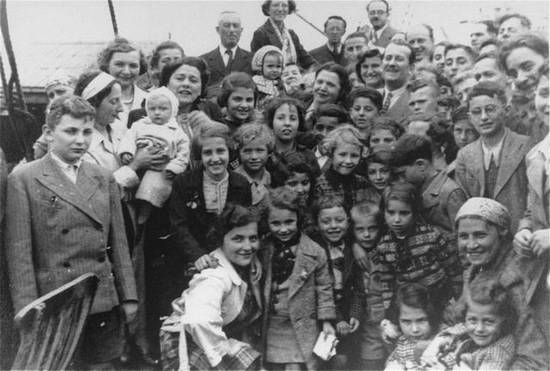 The question of whether reparations are the best way to deal with the consequences of Holocaust that took place during the World War II is still vividly debated by various politicians and Holocaust survivors themselves. In fact, there are several arguments in favor and against Holocaust reparations as will be discussed below.

Speaking in favor of Holocaust reparations, it should be mentioned that Holocaust is considered not only one of the most serious offences in the history of humanity, but also the most significant incidence of theft. There is evidence that the Jewish population lost more than $200 billion during the Holocaust era. However, despite numerous claims and demands of Holocaust survivors for compensation, such demands were not treated seriously and the Jews were faced with severe criticism. Leaders of the Jewish community indicated many times that the tragic consequences of Holocaust could be covered by various financial reparations; however, some people think that the dignity of the Jewish population prevents them from demanding money because they are afraid of being considered too greedy.

Many people speak in favor of financial reparations provided to the victims of Holocaust that can be perceived as compensation distributed between the Holocaust survivors for all the horror they had to live through. If to thoroughly examine the suggestion that Jews are greedy claiming for compensation, it becomes clear that $1 billion is not really a significant sum of money, so that in case this sum is distributed equally between all the Holocaust survivors, every individual will receive a little more than $2,000, and this is not a big sum of money at all. It proves that the Holocaust reparations are not that considerable to be debated about. Furthermore, if to consider the horror experienced by the Jews during the World War II, the reparations seem a necessary measure to be taken in order to mitigate the negative consequences of Holocaust.

Furthermore, the opponents of Holocaust restitution stand against the money being given to all survivors of Holocaust. They claim that this sum of money should be distributed between those survivors who have no specific demands. This means that only those who are in need of financial support, most of whom live in Eastern Europe, should be provided with Holocaust reparations. This will be a justified measure. Otherwise, it may lead to a situation, in which Jews will be considered greedy with numerous bank accounts, multiple properties and much gold at hand. However, it should first be proved that during the Holocaust era Jews were killed just because they were of Jewish nationality and this should be realized by everyone who is concerned with the issue of Holocaust reparations. The reparations should be given only to those members of Jewish society who are in real need of financial assistance. Such a compromise is likely to bring the debates over Holocaust reparations to an end leading to positive results for every party involved.