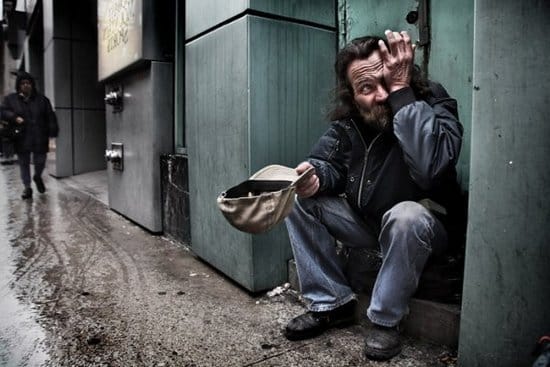 It is undoubtedly true that every social aspect has both pros and cons. The issue of homelessness is not an exception. Nevertheless, if to weigh the degree to which the negative and positive sides of homelessness affect the social life, one of the sides proves to have a more considerable impact on the citizens of the USA than the other. Strictly speaking, the political issues associated with homelessness are sometimes cruel.

For instance, in some states it is not allowed to sleep on the public property, including parks and seaside. On the other hand, such laws prevent overuse of property by homeless individuals. In fact, such legislation gives communities an opportunity to continue sharing public lands, but homeless individuals are deprived of a legalized space where they could sleep and have a rest. It is a fact that no city in the USA provides appropriate housing or shelter for homeless people so that they remain unprotected. People should have some place to have a rest, no matter whether it is private or public property. As for the private property, it is prohibited for homeless people to trespass the private land. Buy why to prohibit sleeping on a public territory? A disadvantage of legislation on homelessness lies in the fact that it deprives homeless people of a legal place to sleep.

However, the issue of prohibiting homeless people to sleep in public places can be contrasted by the aim of protecting public property from overuse. Furthermore, in some cities of the USA it is prohibited to give food to homeless people in the form of charity. It is claimed that this may encourage the homeless people to come to such cities and stay there for a long time. Besides, people living in such cities may wish to become homeless simply because food there is given for free. It is evident that there is a reverse side of the problem as well. Thus, it is obvious that without the food given by the US citizens, homeless individuals would go hungry and insufficient consumption of vitamins will negatively affect the mental and physical state of such persons. Starvation or lack of nutrition is one of the most harmful conditions for all people, let alone the homeless.

Furthermore, homeless people are often prohibited to sit on sidewalks. Such law was passed because homeless people were claimed to block the public sidewalks. On the other hand, it is important for all people to have access to the sidewalks for obvious reasons. Nevertheless, it is often quite difficult for homeless individuals to find a place to sit. Taking into account that homeless people might look for job all day long, they obviously need a place to have a rest. Public benches are usually located in parks and on the beaches, which is quite convenient. But the fact that homeless people are prohibited from sitting on public benches makes such commodities not that attractive. This is a negative consequence of the legislation upon the issue of sitting on sidewalks and in other public places.

In fact, this aspect outweighs a number of positive aspects of being homeless. It is evident that the denial to have a rest in public places is one of the most horrible measures that can possibly be imagined. Thus, the homeless individuals are deprived of many commodities that are available to all other people. This is one of the cruel measures that violate the basic human rights. All facts stated above indicate that homeless people are faced with inequality and injustice. Hopefully, the situation will change in the nearest future so that homeless people will be given more rights and freedoms in the democratic society of the US. Democracy means tolerance, and this definition should be taken into account when passing laws on homelessness.