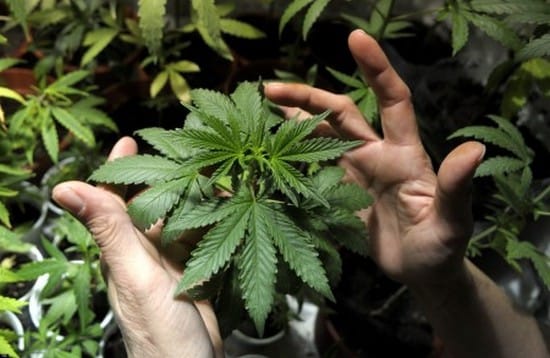 Legalization of drugs is usually associated with unrestricted purchasing of marijuana for medical purposes. This issue is a rather controversial problem that is still being discussed in numerous studies dealing with the question of whether marijuana should be legalized. In fact, legalization of such drugs as marijuana is associated with both advantages and disadvantages that will be discussed in detail below.

It is debated that marijuana should not be legalized as a drug used for treating people suffering from serious diseases. The opponents of marijuana legalization claim that in case it is legalized, people are likely to use it for personal purposes, which is unacceptable. Probably, the solution to this problem would be making the legislation concerning marijuana stricter in order to avoid misuse of this drug. Marijuana used for medical purposes is aimed to help people combat their diseases. Thus, the potential consequences of the prohibition of this drug should be compared to the likelihood of losing individual freedom. It is so because in such countries as the USA individual freedom is placed over other human rights, so that every citizen has a right to determine their own wishes and demands.

Legalization of marijuana is also associated with the immorality of this kind of drug. However, such beliefs are mainly based on personal moral principles. If to take the side of morality and protest against the use of marijuana for recreational purposes, it is likely to facilitate the popularity of this kind of drug among local citizens. Furthermore, the so-called War on Drugs is beneficial only to the current needs of the politicians being not really aimed at decreasing the rates of marijuana purchasing. On the contrary, the War on Drugs is often criticized and claimed to be ineffective. If to provide a legal supply of temporarily illegal drugs such as marijuana, the price for such drugs is likely to drop, which will result in negative consequences for the industry of illegal drugs. This will further lead to the decreased rates of criminal activity concerning purchasing and buying of illegal drugs. This is one of the positive sides of marijuana legalization.

As for some negative outcomes of marijuana legalization, it should be mentioned that the government should not be engaged in the distribution of drugs that are considered immoral by certain members of the society. Marijuana is considered a harmful drug that should not be distributed or produced with the assistance of the state’s government. This can be explained by the fact that the government’s aim is to protect their citizens without posing a threat to their health. Furthermore, easy access to such drugs as marijuana will only increase the number of new customers, but is unlikely to save the lives of the existing ones. Finally, all drugs lead to the formation of addiction, which deprives the consumer of a free will. Drug-addicts cannot make well-thought decisions concerning their addiction. Thus, it is almost impossible for them to get rid of their addiction based on logical arguments.