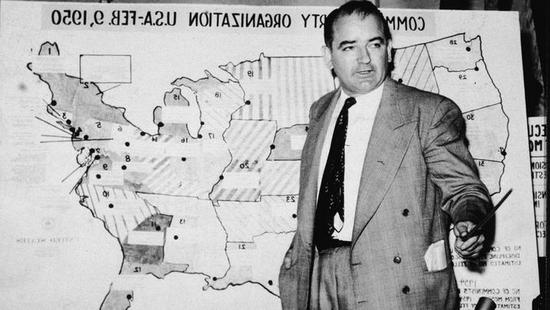 Even those who are not knowledgeable concerning the political history of the USA know at least some of the most widely accepted facts about the politics of Joe McCarthy. This politician has made a great contribution and at the same time caused considerable harm to the development of the United States. He often made unreasonable and groundless accusations, which were used by him for his own personal purposes. The issue of McCarthyism continues to be debated about, so that the truth becomes more and more shadowed. Some people claim that everything that a person might hear about the politics of McCarthy proves to be wrong. Other people consider that the politics he did was of great importance for a healthy development of the country. McCarthy is known as a highly controversial figure in the political sphere of the United States. There are several arguments in support and against his politics as will be discussed further.

First, the followers of McCarthyism claim that McCarthy was involved in uncovering the infiltration of communists of the US government, although it is also claimed that his actions were often accused causing numerous objections. What lies at the heart of McCarthyism? In fact, McCarthyism is based on the basic principle of the Western world that implies the responsibility of every person for his/her inner choices and decisions he/she has made based on free will.

Speaking about the arguments in favor and against McCarthyism, it should be indicated that the most important and truly fundamental difference between Joe McCarthy and those who oppose him is not that his opponents offer a more civilized approach unlike McCarthy; the real difference is the fact that McCarthy takes people seriously, although some people might say that others are intellectually children and morally nothing more than vegetables. The philosophy of McCarthy has led to an intellectual debate around his figure. His opposition often claimed that a person is never responsible for his/her decisions. It is hard to say who is right, but McCarthyism surely has a number of reasonable grounds. The scandal around McCarthyism continues to evolve, so that more and more arguments against and in favor this issue continue to appear.

In fact, McCarthy had a great intellectual influence on the US and world society. The inner thoughts of this politician are surely not known. However, judging by what McCarthy has done to the society, there should be made a conclusion that he is one of those politicians who strongly believe in the efficiency of one’s ideas. The supporters of McCarthy claim that he respected reason most of all, but he focused on this issue too much when trying to improve the state policies. This can be considered a disadvantage of his policy, although there are a number of reasonable arguments in favor of his position.

McCarthy stood for the dominance of the power of human mind. However, his opponents objected to such way of thinking. According to McCarthy’s rationale, people always have some ideas and whatever actions they take these actions should always be based on and serve the ideas they have. However, Liberals perceived this assumption as something that could be used to prevent McCarthyism from further development. But there are some other points on which different politicians agreed with McCarthy. Thus, there are both supporters and opponents of McCarthyism, but the truth is that the more time goes by, the more difficult it is to judge the philosophy of McCarthy reasonably. Overall, it is hard to determine what point of view is more justified and what not, so that it becomes clear that this subject should be further investigated in order to find answers to various vital questions.