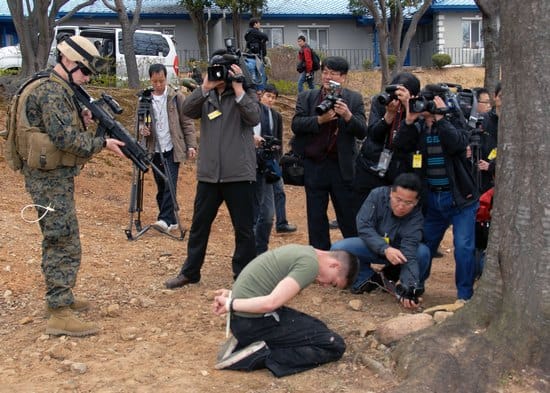 The power of media as a means of marketing does not raise any concerns. Around 1,5 billion people use social media tools every month. Most internet users prefer Facebook to any other social networks. Furthermore, it is considered that Facebook is an essential means of advertising. However, media has an ability to stimulate the growth of terrorism resulting in negative outcomes of terrorist acts. Such a situation facilitates a need to carry out a thorough investigation on the interaction between the media and terrorism. A number of studies have already been conducted on this matter, but the means of conquering terrorism have not yet been worked out. Thus, the issue of the relation between terrorism and media remains vital and continues to be actively discussed within the scientific and political fields. The pros and cons of the link between media and terrorism will be discussed below.

Basically, terrorism means violence directed towards harming not only the immediate victims, but a much wider range of people, which makes it highly dependent on the social media and other media tools. Media represents an important tool of impacting a great number of people at a time. However, terrorism has a restricted ability to directly affect groups of people. For this reason, terrorists try to expand their sphere of activity by using various media tools aimed at influencing many people at a time. Thus, it is inevitable for media to be related to the terrorist acts taking place throughout the world. This is one of the negative sides of the use of media by terrorists. Furthermore, media hinders the activity of law enforcement bodies in terms of dealing with the terrorist acts that take place worldwide. What is more, media leads to unsuccessful consequences of such kind of incidents. All these negative sides mean that media plays a pivotal role in the spread of terrorism all over the world. It does not only help terrorists to gather information and recruit new members of terrorist groups, but also interferes with the activity of law enforcement bodies, which aggravates the situation even further.

On the other hand, there are a number of positive sides of the relation between media and terrorism. In fact, media can help the governmental authorities to deal with terrorist acts without being responsible for informing common people about their activity. Media can also ensure that people do not panic or take reckless actions when a terrorist threat occurs. The goal of terrorism is to affect the activity of the government, although the attempts of the government to restrict the media’s freedom are likely to benefit the terrorist groups. In fact, such a situation is likely to result in even more aggressive and violent terrorist acts committed in order to capture the attention of the public. Media tools are used by different terrorist groups, and this often leads to positive outcomes for the governmental authorities. This happens because by means of media it is possible to find out more about the location of a terrorist group and gather information about the members of this group.

It is hard to determine whether media plays a positive or negative role in the struggle against terrorism, but oftentimes media helps the government to deal with the incidences of terrorism with much efficiency. The government and various agencies that are engaged in reacting to some terrorist acts are recommended to weigh all pros and cons of the use of media in combating terrorism. This should be based on a thorough study analyzing the interaction of media and terrorism. This is likely to be highly beneficial for the Global War on Terrorism. Nevertheless, the issue of the relation between media and terrorism remains vital and needs urgent solution.