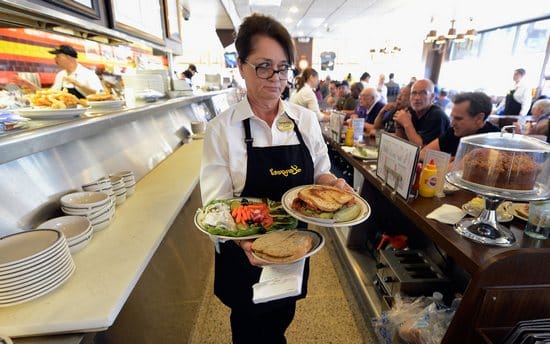 Minimum wage is the smallest amount of money that can be officially paid to the employees for an hour of work. There are certain legislations with the help of which it is decided what amount of money stands for the minimum wage. Nevertheless, the debate over the pros and cons of minimum wage policy continues up to these days. Some people claim that minimum wage helps to improve the living conditions of citizens and prevent poverty. Other people stand against the minimum wage policy as they believe that such policy encourages the growth of unemployment and negatively affects the less qualified employees. Several pros and cons of minimum wage will be discussed below.

First, it should be admitted that minimum wage legislation is based on certain goals that should be achieved by means of introducing special laws. Historically, minimum wage was established in order to decrease the level of poverty among the population. It guaranteed that people received at least minimal payment for their work. It also was meant to protect minority groups and younger working population from being paid insufficiently. Thus, minimum wage is associated with a number of benefits, although the opponents of such legislation are of different opinion. Speaking about the positive sides of minimum wage, it should be noted that many people believe that minimum wage really helps to make the above goals become a reality. Basically, it is true that the minimum wage legislation ensures that workers are paid sufficiently disregarding their race, gender or other distinctive features. Furthermore, the workers are paid fairly well. Nevertheless, the question of whether minimum wage positively affects the society is still under discussion.

Speaking about the arguments in support of minimum wage, many people suggest that minimum wage encourages the consumption of products and demand for services making people invest more money into the state budget as minimum wage allows workers to spend more finances on different goods and services. Supporters of minimum wage are of the opinion that it can also enhance the job related ethics of those workers that are paid minimal salary. Such a situation is surely beneficial for the employers as it makes more and more people get employed for a minimum wage rather than keep looking for some illegal ways of earning money, for instance, getting involved in drug trade or prostitution.

On the other hand, there are some drawbacks of minimum wage legislation. The opponents of minimum wage consider that the legislation does not meet the required standards and fails to achieve the designated goals. There are cases when the employment rates considerably decrease compared to the increase of minimal wage, so that the total earnings of workers also tend to decline. There are instances when businesses have to employ fewer workers because they are obliged to pay minimal salaries. This leads to a situation when fewer citizens are actually employed increasing the rates of unemployment. Numerous studies indicate that only a small portion of low-paid employees are from poor families. This means that minimum wage does not help to combat poverty in any way. Low-paid jobs are often given to some underage teenagers than people who are actually unemployed and need work.

Furthermore, those who are against minimum wage are of the opinion that it is likely to facilitate price inflation. This is because businesses working in different industries are obliged to increase prices for their goods in order to ensure better wages for their employees. The opponents of minimum wage also consider that it negatively affects the educational level of the low-paid poor citizens. It is so because people simply cannot afford getting educated without a better payment. Thus, the issue of minimum wage is still under discussion, and it is still not clear whether it brings more benefit than harm.