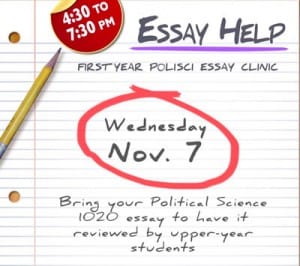 The public sphere is an essential part of every country as it is formed by the people who live there and who take active participation in the life of the country. The USA is not an exception and here the public sphere also comprises all citizens and forms the sphere of social life. The country is in fact based on it. The public sphere appears in every conversation or people’s meeting, in other words every time people gather together to form and to express their opinion on this or that question, usually concerning some topics that are of importance for every member of the society. In so doing they have absolute freedom, which is characteristic for the public sphere. The public sphere as a big public body needs special means to pass and to receive the information and to send the message to the other members of society. In modern world this is mass media (radio, television, magazines and television) that performs this function.

If to discuss the history of the public sphere, we can say that it has always been existed in this or that form as people always tended to express their point of view and thus to influence the situation in the country. But it was only in the eighteenth century that the notion of the public sphere emerged, having finally separated from the private sector. In that period the social life had a clear separation into private and public parts. Those institutions that earlier controlled the public sphere, for example the church, started to belong to the private life of citizens as it concerned a private matter ”“ religion.

Nowadays, the public sphere is an intermediary between the people and the state. However, it was not always that the public sphere dealt with political issues and was the medium for examining the political communication. “Public discussions about the exercise of political power which are both critical in intent and institutionally guaranteed have not always existed ”“ they grew out of a specific phase of society”¦ as a result of a particular constellation of interests.” (Goode, 2005)

Today in the democratic society people have an absolute right to discuss the political issues in their country, to express their point of view and to support it by their votes. Thus, we can see that nowadays in the USA, as in the democratic country, political and public spheres are interrelated and depend on each other. Politics and, particularly, politicians are nothing without people who support them and whose opinion is so important in a critical situation. Political communication is realized during the election campaigns, through elections and referendums. That is why public sphere is the keystone for successful political communication and correspondent political situation in the country.