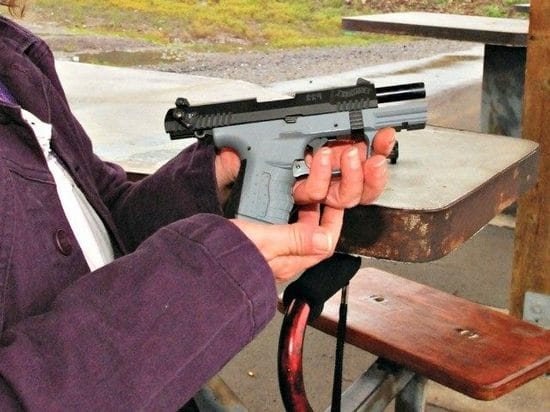 A right to bear arms is designated by the Second Amendment of the US Constitution. In fact, there are both pros and cons of this right as became evident long after the Second Amendment had been approved by the government. It is claimed that in the USA every person has a right to bear arms for the purpose of self-defense. There are also other reasons for this right to exist as will be discussed further.

As for the beneficial sides of this right, it should be mentioned that the right to bear arms does not necessarily mean that a person has to use a weapon for self-defense. People are allowed to have firearms for personal protection if they are in a situation when they are attacked physically by other people. The right to own weapons means that US citizens are able to save their lives with the help of a weapon, but do not cause harm to other people. Furthermore, it is required to have a license for the weapon owned by a person, so that if a person has a criminal history, he/she will be thoroughly checked before he/she will be allowed to own a firearm. Thus, the right to bear arms does not necessarily mean that all people without exceptions have a right to own a weapon. In fact, this law implies that a person should not have any history of committing some violent criminal acts. It should be noted that the right to bear arms is highly beneficial in case a person needs to protect him/herself from attackers.

However, not all people can possess weapons. Before a person buys a weapon, he/she undergoes the safety courses so that his/her inability to cause harm to other people with the help of a gun is checked. This suggests that it is perfectly safe to own a gun by people who cannot cause damage to others. Thus, this law has all rights to exist as proved by the above facts. What is more, the gun is allowed to be carried in public places, only if it is hidden. Otherwise, it would be considered a violation of the law. It is suggested that if a gun is hidden, a person cannot accidentally or voluntarily cause harm to others. The above are the pros of a right to bear arms. However, this law has long been a topic for vivid discussion as it is a highly controversial issue. It is suggested by the opponents of this right that this law contradicts a number of federal laws, so that it is still debated about by the federal government. The cons of this right will be discussed as follows.

It is evident that in order to acquire a right to bear arms, a person should get the concealed gun permission. This is needed to make the ownership valid; however, it is a rather expensive procedure, and not all people who want to purchase a gun for safety purposes can afford this permission. In fact, such permission is not free of charge in many states of the USA. For this reason, it is hard for many people to get this document even if they need a weapon for self-protection purposes. The most important issue is the way of how the gun owner uses his/her weapon. However, the ways of using a firearm are not listed in the law. It is widely known that in the state of psychological or emotional stress a person is more likely to commit some violent acts out of anger or despair. Thus, such cases might lead to unintentional murder or severe injury of other person, which is a significant drawback of the right to own a gun.