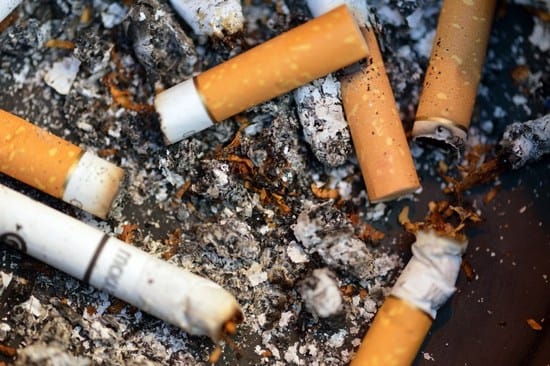 The percentage of smoking citizens has been rapidly decreasing since the 1960s. The health related problems associated with smoking tobacco became known to the common citizens by means of TV and radio campaigns against smoking. The world society is encouraged to quit smoking or simply not to start doing it due to various health problems that might be caused by smoking. However, despite all the anti-tobacco campaigns, there are a great number of smokers worldwide. In response to the spread of smoking habit across the world population, there have been implemented various smoking laws that are aimed at persuading people that smoking is a bad habit. Can smoking laws be efficient in the struggle against smoking? This issue is rather controversial and has both negative and positive characteristics.

As for the pros of smoking laws, it should be admitted that they are aimed at making the environment cleaner, so that people could enjoy living in unpolluted surroundings. Prohibition of smoking in public places helps to prevent passive smoking, which might also have some health related consequences. Businesses have chosen to create a smoke-free environment in their offices and on the rest of the territory. This helps people to avoid being passive smokers. In fact, passive smoking is considered just as dangerous as active smoking. Thus, the smoking laws prove to be efficient in terms of protecting non-smokers from inhaling deadly smoke on a daily basis at the workplace or in other public places.

Furthermore, smoking bans ensure that there is not that much litter across the territory of businesses. Even though more and more smokers become conscious about what to do with the cigarette butts, there are those who leave much litter all over the place. The cigarette butts contain toxins that penetrate the water systems and pollute them. What is more, the aesthetic appearance of businesses should also be taken into account. It is also known that smoking causes a number of diseases, increasing the costs spent by people on their own health. Smoking laws prohibit people to smoke in public places that are always crowded with people. Such measures lower various health related expenses covered by the citizens and prove to be beneficial for the health of the society.

On the other hand, there are also several drawbacks of smoking laws. Thus, they are considered a violation of human rights and intrusion into one’s personal life. These laws basically restrict the behavior of people. It is claimed by the opponents of smoking laws that it is unreasonable to control the choices that people make, including the choice to smoke, only because it is perceived as a bad habit. Other behavior patterns are not regulated so strictly, and this leads to an assumption that such measures are excessive as smokers start feeling targeted. Furthermore, smoking industry is a highly prosperous sphere, so that prohibition of smoking in public places, for example, is likely to decrease possible tax revenues that could have been received by the state. Tobacco is associated with high taxes, bringing millions of dollars to the state’s budget. If to prohibit smoking in restaurants and other public places, the tax revenues will decrease, which will lead to the loss of profit that could have been gained by the state.

Furthermore, it is proved by statistics that smoking rates cannot be decreased by means of smoking laws, as the smoking habit remains. In most cases, smokers are advised to move to some other place or stop smoking during negotiations or other events, but the habit itself remains, so that people continue to smoke in some other situations without any restrictions. This makes smoking laws not effective by nature. The question of whether the smoking laws bring any benefit is still under discussion. There are arguments in favor and against smoking laws, but the truth is that the existing laws are still to be developed and new laws are to be elaborated.