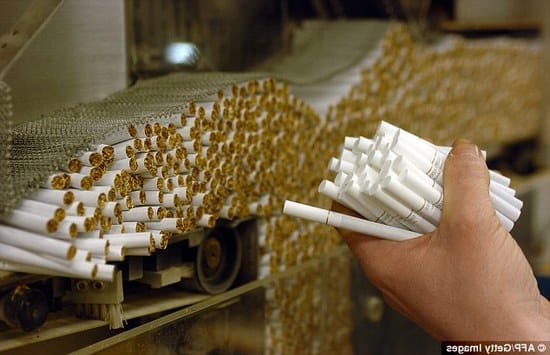 Tobacco industry continues to persuade numerous people that smoking is not associated with multiple health risks. For instance, back in 1950s, tobacco industry was faced with the fact that smoking causes lung cancer and various other diseases. In response to such suggestions, tobacco industry started fixing filters to cigarettes promising that this would prevent possible health related problems. There were also taken some other measures to ensure that people still buy cigarettes. However, tobacco production is associated with a number of pros and cons that should be analyzed in detail in order to find out the truth about tobacco industry. Some of the most widely known pros and cons will be discussed further.

Not many people realize that tobacco industry constantly makes efforts to promote its products. Numerous advertising campaigns are carried out in order to make people believe in the good sides of smoking tobacco. However, the question is whether such measures should be taken at the expense of public health. In fact, tobacco industry remains among the most prosperous industries in the world. It continues to sell its products to the target audience who wrongfully believe that smoking of tobacco is cool and beneficial. In reality, tobacco industry does not reveal the actual facts about tobacco. These include serious damage caused by tobacco to the body system of a person, a threat of developing lung cancer and heart diseases and various others. The major drawback of tobacco industry is the fact that it does not reveal the truth about the use of tobacco. It is simply engaged in promoting its products and finding more and more target customers to satisfy their diverse needs.

However, the truth is that tobacco does not do anything good to people who use it on a daily basis. Instead, tobacco is the major cause of heart-related diseases, cancer and various others. Furthermore, it is no pleasure to smoke tobacco day after day as it means consuming deadly smoke, which might cause different diseases and even death. Tobacco industry is trying to persuade people that it is cool and classy to smoke, although in reality smoking means inhaling harmful smoke into one’s lungs causing damage to the entire body system.

From the above perspective, it is hard to find any beneficial sides of tobacco industry, as it stands for killing numerous people who die in sufferings and pain. However, there is still one major benefit of tobacco industry, which is an immense profit gained by this industry for the benefit of the state’s economy. Tobacco industry greatly contributes to the economy of every country. Furthermore, it is also beneficial for the medical field as smokers spend much money on anti-smoking medicines or some other medications for mitigating the symptoms of various diseases caused by the use of tobacco. This equals to millions of dollars gained by the economy of the state, and it is surely a considerable benefit of tobacco industry. The supporters of this opinion claim that tobacco industry is one of the most rapidly developing industries in the world. It does not only produce tobacco in its diverse forms, including cigars and cigarettes, but also produces the means of overcoming nicotine addiction. All this contributes to the economy of the country, not to mention that people spend thousands of dollars on a doubtful pleasure of smoking.

In such a way, tobacco industry remains a controversial issue for discussion, and the debates over the benefits and drawbacks of this industry are likely to continue for many years to come. Even though in recent years various anti-tobacco campaigns have been put into action, there are still millions of people who prefer inhaling dangerous smoke into their lungs instead of living a healthy and happy life without it.