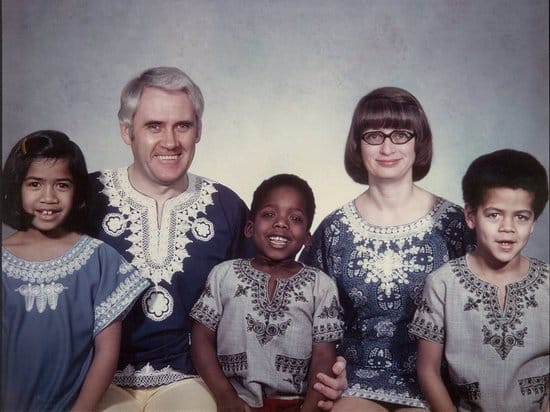 Adoption of a child is always a happy procedure for those spouses who have long been dreaming to have a child, but for some reasons could not realize this dream. Some spouses choose to adopt a child because of some health related problems that they might have encountered before. As for transracial adoption, it is a popular practice among numerous families all over the globe, although a couple should thoroughly weigh all pros and cons of this procedure before making a final decision in favor or against adoption. Some of the most popular benefits and shortcomings of transracial adoption will be discussed as follows.

So what are the benefits of transracial adoption? First, a great plus of such adoption is the significantly high availability of kids. Statistics shows that transracial adoptions of children from different cultural backgrounds are made in nearly 40% of cases. There is a great demand for Caucasian children compared to Asians, African-Americans and other nationalities. Minority races are not that popular among parents who plan to adopt children from other countries. A wide availability of little kids is associated with a number of benefits for many reasons. The basic reasons for transracial adoption are low costs and short period of time during which the adoption is carried out.

Furthermore, transracial adoption helps to understand cultural diversity. If future parents choose to adopt a child from other cultural background, they have a great chance not only to learn the peculiarities of some other culture, but also embrace cultural diversity. And this is considered the most effective cure for racism. Disregarding the parents’ beliefs, a child from other cultural background makes them realize that they love him/her disregarding his/her skin color or some other characteristics. Modern world is full of racism and stereotypes towards other nationalities. Adoption of a child of other racial adherence is a perfect way to get rid of prejudice towards other nationalities. Furthermore, transracial adoption is also highly beneficial for the child itself as it helps him/her to feel that he/she is a part of culturally diverse environment, which is beneficial from emotional and psychological points of view.

On the other hand, there are several drawbacks of transracial adoption. First, it is a struggle for being understood by friends and other members of the family. It is important to make sure that all members of the family accept the choice made by parents who decide to adopt a child of other nationality. For instance, grandparents are highly unlikely to understand such a desire. They might simply be against such modernistic views. Older generation has more prejudices towards other races and they might not understand why their grandchildren want to adopt a child of other race. It is quite a trouble for parents of the adopted child to cope with the negative views of their relatives and friends who might be against such an idea. This is likely to spoil the feeling of happiness experienced by parents who have chosen to adopt a child of another race. This might also negatively affect the child who would be surrounded by people who are filled with prejudice and stereotypical attitude towards them.

Lack of understanding on behalf of relatives and friends is among the most dramatic sides of transracial adoption. The only way out is to persuade other family members that it is a conscious choice of every person to adopt a child of other nationality. And it is up to a couple to decide what is best for them. In such a way, transracial adoption is quite a controversial issue that is associated with a number of problems that might be encountered by couples who choose to adopt a child from other cultural background.