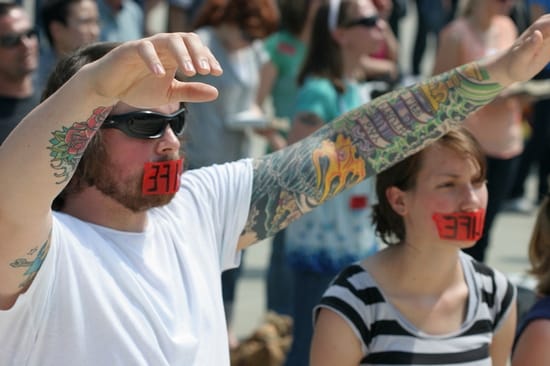 Pro-life movement is directed towards persuading people that abortion is not acceptable in today’s developed society. It promotes a great number of anti-abortion facts that are aimed at persuading women not to commit abortion out of financial constraints or some other factors that might influence the decision of a woman. In fact, there are several arguments in favor and against the pro-life movement. Some of the most popular and widely spread arguments will be discussed in the following article.

To begin with, the followers of pro-life movement consider that if a woman ever commits abortion, she will regret it till the end of her days. In fact, abortion is a great emotional stress for every woman who decides to commit it. During abortion women suffer not only physically, but also psychologically. There is a viewpoint that abortion leaves a scar on the soul of a woman that would not come off till the very end. Furthermore, abortion is claimed to be against God’s will. According to Christian religion, it is a sin to kill other people, and this statement refers to abortion as well. It has long been proved that the fetus is not simply a part of tissue in the body of a woman. It is a formed child that must not be killed by means of abortion. Otherwise, it would be considered a killing of an innocent human being.

The followers of pro-life movement are against killing children even if a woman has been raped or made pregnant with the use of force or violence. Although it is claimed to be a great psychological stress for a woman and she might commit abortion in the state of affection, it is no excuse according to those who follow the principles of pro-life movement. Furthermore, it is considered by some people that the government cannot force a woman to give birth to a child, as every woman should have a choice whether she wants to have a baby or not. Such arguments are severely criticized by the supporters of pro-life movement. It is claimed that every woman and every child are protected by the law of God that prohibits deprival of life. Thus, every woman commits a crime by killing babies at an early stage of their development.

On the other hand, there are also arguments against the pro-life movement and its basic principles. First, it is claimed that if a woman gets raped or is subjected to incest, which means that she is made pregnant by force, she has all rights to commit abortion, because this is not her choice to have a child. The opponents of pro-life movement claim that in many cases a woman might be unaware of her being pregnant, and once she finds out about her pregnancy it might be too late. Her only option is to commit abortion, as she might not be willing to have a child, whose father has raped her or caused physical and psychological damage by means of a violent act.

It is also claimed that if a woman is deprived of a right to choose whether she wants to give birth to a child or not, then her human rights would be violated by such measures. Every woman should have a right to decide how to treat her own body, although the supporters of pro-life movement claim that once there is a child in a woman’s body, it immediately becomes an independent human being, which is not to be killed in any way. The opponents of pro-life movement consider that there are circumstances when abortion can be excused, although this statement can be argued about. All this leads to a suggestion that the debates over abortion and the pro-life movement are likely to continue for many years to come.